The Northwestern Roberta Buffett Institute for Global Affairs and Weinberg College of Arts and Sciences are pleased to welcome Rana Kazkaz as the Roberta Buffett Visiting Professor of International Studies in the Program of Middle Eastern and North African Studies for the fall quarter of the 2021-22 academic year. 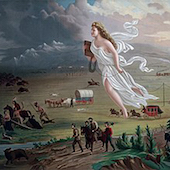 Legacies of Inequality, Myths of Progress

Today’s global inequities reflect long legacies of systemically generated and sustained efforts to benefit the few to the serious detriment of the many, often the world’s Black, Brown and Indigenous communities. What historical movements created such drastic disparities? Which social structures continue to uphold or even exacerbate them? What myths of progress abound, and to what ends?

Food and Agriculture Beyond the Pandemic

This January, Professors Mariko Arata and Miki Yoshimizu from Ritsumeikan University’s College of Gastronomy Management leveraged Northwestern University’s Meridian 180 platform to foster a rich, transnational discussion on "Food and Agriculture Beyond the Pandemic.” 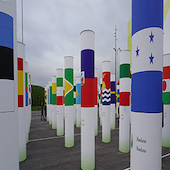 Centering Indigenous Rights and Perspectives in the Fight Against Climate Change

Climate change has disproportionately exacerbated many challenges global Indigenous communities face, including political and economic marginalization, loss of land and resources, human rights violations, discrimination and unemployment. Yet Indigenous voices and perspectives have been marginalized in global climate debates and discourse.

A decade later the triple disaster, Japan is still recovering from the earthquake, tsunami and nuclear meltdown. Repairing the damage and the public's trust in government could take generations.

Today marks the 10-year anniversary of the Fukushima Daiichi nuclear disaster, the most severe nuclear incident since the 1986 Chernobyl disaster. Following a catastrophic magnitude 9.0 earthquake and subsequent tsunami, the Fukushima Daiichi nuclear power plant was heavily damaged, resulting in a plume of radioactive smoke leaking into the sky and surrounding areas. The plant still leaks to this day.

It has been 10 years since a major earthquake and tsunami triggered the Fukushima nuclear accident of 2011. Now, 10 years later, the Japanese town of Namie has been reduced to less than 8% of its original population as residents remain evacuated, said Mayor Kazuhiro Yoshida during his address to a global audience of nuclear experts, which was hosted on March 10 by Northwestern University.

A call for transnational citizen-expert engagement in nuclear compensation

In preparedness for the next large scale nuclear disaster, we need forums where ordinary citizens from nations with differing histories of nuclear power can engage directly with nuclear experts from both government and industry as well as representatives of international institutions.

The new "Nuclear Compensation: Lessons from Fukushima" report calls for a more inclusive process for approving nuclear projects and making nuclear energy decisions that gives ordinary citizens a seat at the table.

With 10 percent of the world's electricity still dependent on nuclear power, a wide range of experts have come together to analyze compensation issues stemming from the Fukushima Daiichi nuclear accident in "Nuclear Compensation: Lessons from Fukushima." 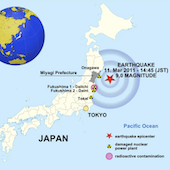 At the 10th anniversary of the Fukushima nuclear accident, Northwestern University's Hirokazu Miyazaki shares his perspective on how victim compensation schemes need to change. 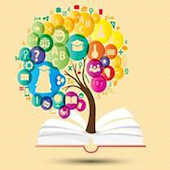 Why Storytelling is Key to Climate Action

How can we "read" or understand policy responses to climate change? We can "read forwards," drawing on scientific evidence and reasoning to project consequences and dictate policy responses. Or we can "read backwards"; we can look to the human beliefs, values, and goals that impute meaning to the world to understand the many lines of evidence and reasoning leading to policy responses. University of Cambridge professor of human geography Michael Hulme will discuss the power of "reading backwards" and the importance of embedding "climate actions" inside human stories, both dominant and marginalized. 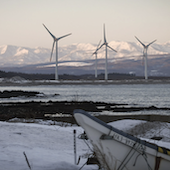 Northwestern University's Hirokazu Miyazaki comments on the need for a "long-range view on nuclear waste" and "much more democratic way to handle the cost associated with it." 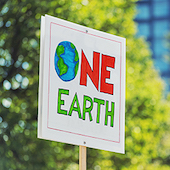 Can Environmental Activism Save the World? 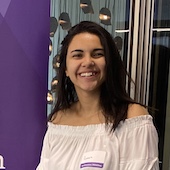 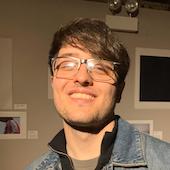 International Student Discusses Challenges and Silver Linings Amid the Pandemic

In February, Northwestern Buffett sat down with Sami Berisha (Medill ’23) to discuss his experiences navigating the COVID-19 pandemic as an international student. 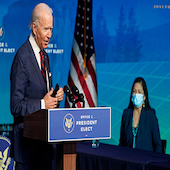 Prospects for U.S. and Global Climate Action with a Biden Administration

Many are hopeful that Joe Biden’s presidency will quickly restore federal climate change measures and catalyze substantial new efforts, such as a "green new deal." Many also hope for the United States to play a leadership role in fueling far-reaching international cooperation around climate change. Are those expectations warranted or unrealistic? What can we expect from the new administration? 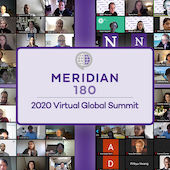 The Northwestern Roberta Buffett Institute for Global Affairs convened more than 60 leaders from 18 countries and every sector of society to explore these questions and more for its 2020 Meridian 180 Global Summit. The Summit offered a virtual space for reflection and substantive dialogue on this time of dramatic global change.