On April 26–27, scholars of Islam, international and public affairs, education, race, and law gathered with practicing journalists and attorneys on Northwestern’s campus. The perhaps unlikely group of collaborators were there to reflect on the conventions and tropes that pervade public discourse on religion, with focused attention to the coverage of Islam and Muslims.

The ‘Reporting Islam’ symposium was part of “Talking ‘Religion’: Publics, Politics and the Media,” a project made possible by the Luce/ACLS Program in Religion, Journalism and International Affairs and Northwestern Buffett.

“Scholars, advocates, and journalists have a lot to learn from each other on this topic,” said Elizabeth Shakman Hurd, political science professor and event co-organizer. “These dialogues are a powerful way to build lasting connections between individuals working on similar topics but with different timelines, styles of inquiry, and audiences. It allows us to build a bridge between Northwestern professors and students, and local and national communities of advocates, activists and professional journalists.”

Brannon Ingram, assistant professor of religious studies and the other event co-organizer, echoed the goal of reciprocity:

“One of the major objectives of the symposium was also to create a space for journalists and scholars to learn directly from one another,” he said. “From the beginning, we explicitly wanted to avoid any presumption of a one-way dissemination of knowledge from scholars to journalists. We knew we had as much (if not more) to learn from them as they did from us, specifically in terms of making scholarly work more accessible to non-academic readers.”

Leila Fadel, national correspondent for NPR, gave the opening keynote address. She covers issues of culture, diversity, and race, with a particular focus on Muslims in America. 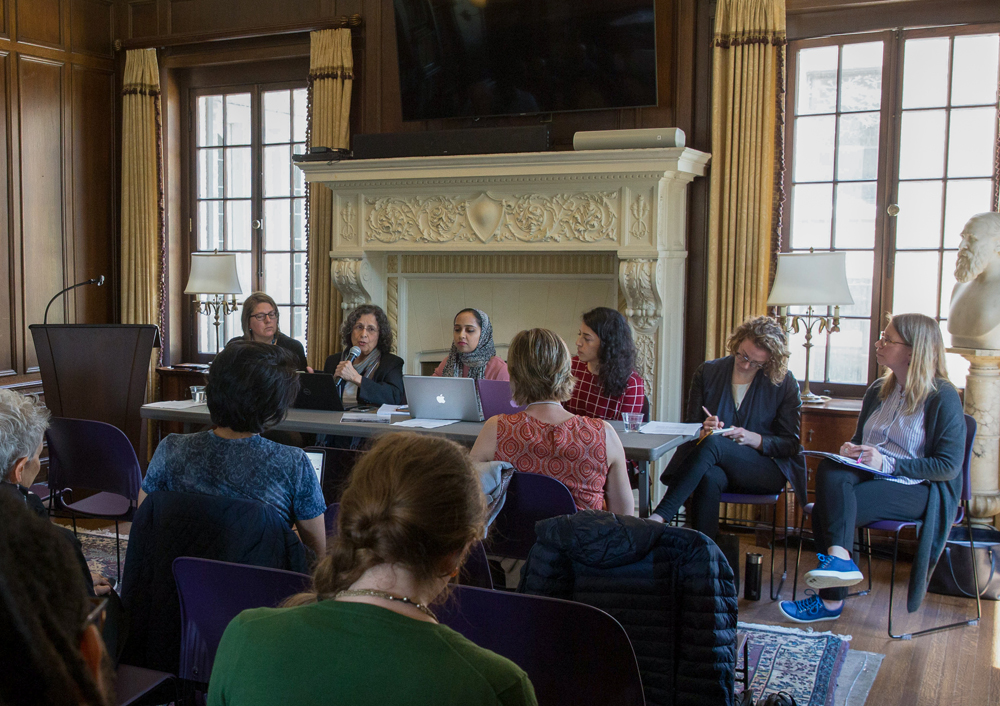 We’re in an extreme moment of othering, she said, and “every minority community is burdened with a stereotype of who people think they are....Being talked about as a monolith rather than a mosaic is exhausting.”

Scholars and journalists alike underscored the importance of word choice.

Asraa Mustufa, who covers race, poverty, and income inequality for The Chicago Reporter, underscored the importance of the words that we use to describe marginalized groups. Though the AP style manual has new guidelines to avoid hedging on declaring something racist, she pointed out that there’s nothing about Muslims specifically, despite the fact that Muslims are being subjected to structural and systemic targeting by the current administration. One scholar recommended that journalists entirely avoid using the term “terrorist” or “terrorism” in their reporting, Hurd said, explaining that what counts as “terrorism” and what does not is a political decision.

Several participants also emphasized the need to “think around” the domestic/foreign divide. Carleton College professor Ahmed Ibrahim illustrated this point by drawing on his research that connects government efforts in Somalia and Minnesota: the state treats US Muslims and Muslims abroad similarly, effectively dissolving this divide.

“The global war on terror in Somalia and Minnesota emerged simultaneously,” Hurd said. “Many have cited these connections between home and abroad and the need to follow through on their implications both for reporting and for academic work.” 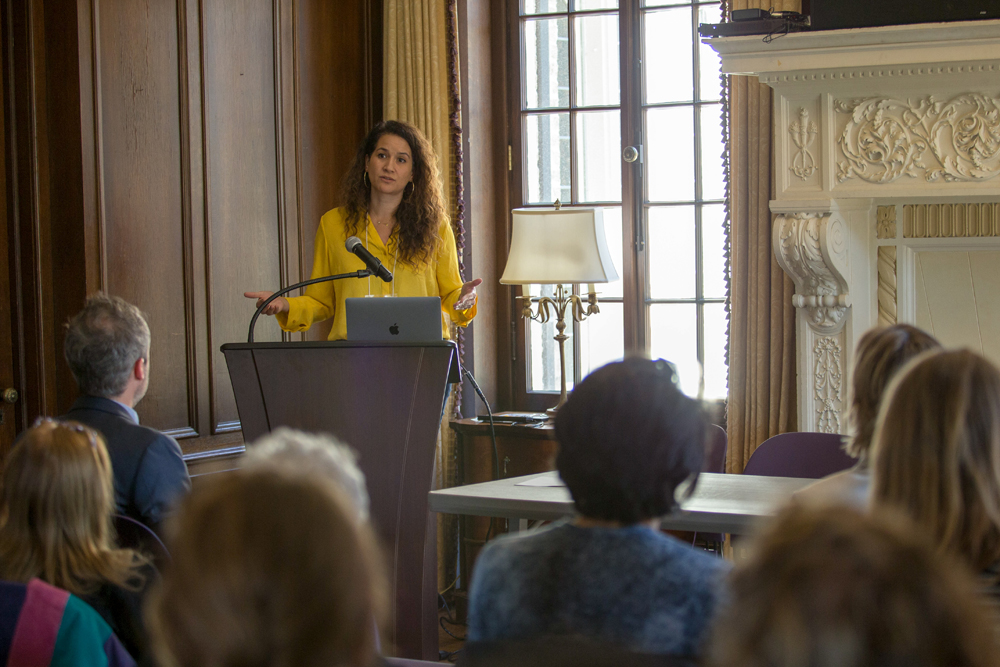 During her keynote, Fadel spoke of a delicate balance in journalism: making complex topics like religion and identity simple enough for everyday news consumers but nuanced enough to be accurate. She said these stories get easier to pitch and report on as newsrooms become more diverse, but emphasized they are only as good as the sourcing. She urged scholars to “pick up the phone when reporters call and explain what reporters might not understand, or pitch what you think is missing.”

Collaboration was not just a hope expressed by participants, but a facet of the symposium’s design.

“We programmed two keynotes: one from a scholar [Ramzi Kassem], one from a journalist,” Ingram explained. “The participant list was divided almost evenly between journalists and scholars. And all the panels but [the final one] were comprised of a mix of both….we simply wanted this group of terrific scholars and journalists to meet each other, knowing that new collaborations would come out it, between both groups but also within each group.”

Hurd hopes to continue the conversation by hosting a series of events that bring together scholars and journalists in the same format but focus on specific areas of public concern around U.S. foreign policy, race, religion, and politics.