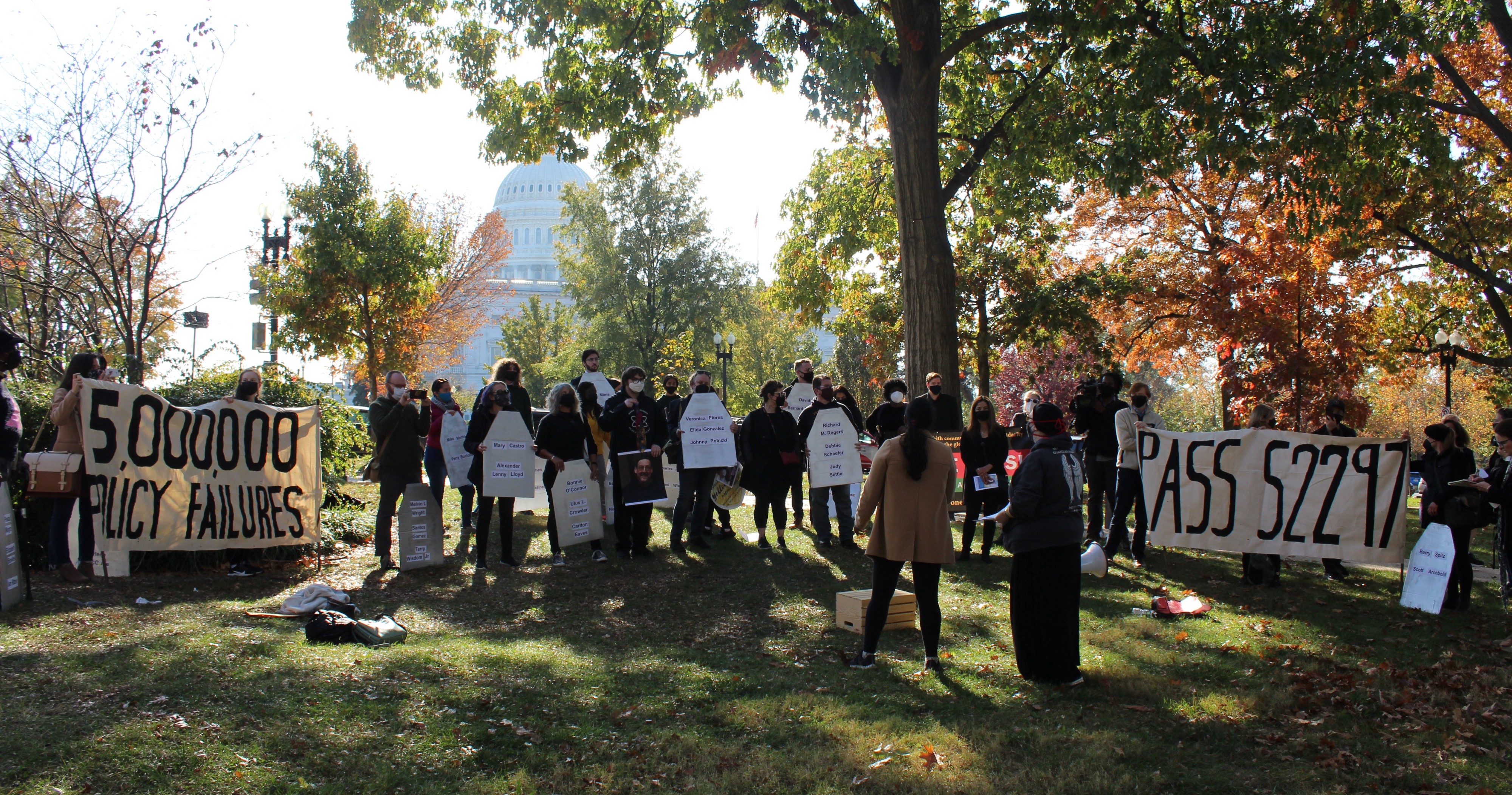 The realities of structural racism, inequitable access to medical services and a hostile political environment all but ensured ideal conditions for the unchecked spread of COVID-19 with devastating consequences worldwide. For Jonathan Shaffer, former GlobeMed Executive Director and Postdoctoral Research Fellow in Global Infectious Disease Bioethics at Johns Hopkins University, it was all depressingly predictable.

These were all hard truths that Shaffer had first engaged with as an undergraduate at Northwestern through GlobeMed, a Northwestern Buffett-supported student organization dedicated to mobilizing students and grassroots leaders to improve public health worldwide. At GlobeMed, “We were really wrestling with how to think about global health equity and how to productively engage with these enormous problems,” said Shaffer, who also served as the organization’s Executive Director from 2009 to 2011. “My experiences and conversations from those years really made it all the more apparent that COVID was going to be a catastrophe that would require a massive response.”

When it became clear that government responses to COVID-19 would likely be inadequate, Shaffer and his peers, many of whom were also GlobeMed alumni, began to organize. “What do you do in this situation? You get on the phone with friends and colleagues who feel similarly, and you begin to mobilize people,” Shaffer said.  What initially started as a series of Zoom meetings quickly evolved into a new organization called Right2Health Action, largely composed of a volunteer army of COVID-19 survivors, frontline health workers and activists dedicated to pushing back against the unnecessary structural drivers of pandemics.

In its initial iteration, the organization was primarily focused on hosting webinars with a range of experts and frontline health care workers who offered their interpretations of the moment.  Eventually though, the organization’s growing network began to set its sights on even larger goals. “Through all of our conversations, research and dialogue with experts and frontline health workers, we built a new policy platform called the People's Pandemic Prevention Plan,” said Shaffer.

The People’s Pandemic Prevention Plan is a comprehensive policy platform that calls for a multipronged approach to stopping COVID-19 while preventing future pandemics.  “We know that pandemics don’t need to happen, and we understand that uncontrolled viral spread can be mitigated through well designed public health policy and by the expanding access to the basic material conditions of social protection, like decent housing, food support packages, sick leave protections and things like that,” said Shaffer.

The plan also calls for expanding access to affordable medicines and vaccines worldwide, cracking down on corporations with a track record for participating in irresponsible deforestation and unsafe wildlife trade, and launching a national public health and climate job corps that primarily hires from vulnerable communities.

Although the goals of the People’s Pandemic Plan are broad and ambitious, Right2Health Action is mobilizing to engage and lobby at every level of government. Already, Right2Health Action has co-written or influenced 12 bills in Congress, held over one thousand meetings with congressional leaders and equipped over 5,000 people with advocacy training.  Likewise, the People’s Pandemic Plan has been endorsed by over 450 organizations and 200 members of Congress.  With the midterms approaching, the movement is also working to strengthen its networks to engage policymakers and aspiring candidates across the country in the hope of publicly enlisting their support for policies centered around public health equity.

“We’re always trying to find legislative moments in the political calendar to push or influence big new emergency spending bills or legislative packages where we can.  Our state-based chapters lobby with our elected officials. We push them as hard as we can by showing up at their doorsteps, scheduling meetings with their staffers and keeping their phones ringing off the hook,” said Shaffer.

Despite its momentum, Right2Health Action’s work has not been without its share of setbacks.  Recently, “Public discourse has shifted away from the pandemic, and even the Democratic Party views seriously dealing with COVID-19 as a potential political lability. This has made it difficult to engage on the things that need to be done to stop future pandemics,” said Shaffer. Like GlobeMed, Right2Health Action critically wrestles with how to keep people engaged on issues of health equity, regardless of the status of the pandemic or the present political moment.

Ultimately though, Shaffer views Right2Health Action as a natural and necessary extension of the work that GlobeMed has been doing for the past 15 years. “GlobeMed is calling attention to global health equity for a generation of young people. That seriousness of purpose has now brought about a generation of technical experts in a range of fields. We’re now trying to organize that basis of knowledge into pragmatic campaigns and real political power,” says Shaffer.