Innovators. Trail Blazers. Boundary Breakers. These are the people you will meet on the Breaking Boundaries podcast.

The ideas shaping the modern world are generated by connections across fields, sectors and geographies. Our new "Breaking Boundaries" podcast features stories of successful collaborations fueling progress toward reaching the United Nations Sustainable Development Goals. Episodes will spotlight idea catalysts and innovators working across borders of all kinds to address complex global challenges ranging from the climate crisis and food insecurity to poverty and inequality. 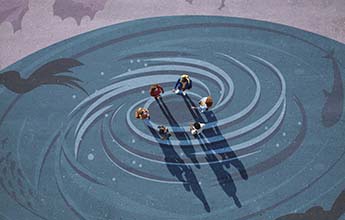 Universities and the Climate Crisis

Universities are uniquely positioned to take action on climate change. Experts John Robinson of the University of Toronto, and Jennifer Dunn of Northwestern University, discuss how to change the institutional culture of universities to make sustainability an essential component of operations as well as research and education missions. 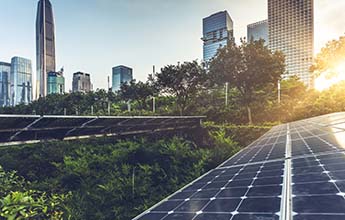 Infrastructure and the Climate Crisis

Building new and necessary infrastructure while complying with sustainability agendas and agreements is a challenge that must be met in the next decade. Kate Newman, Vice President for Sustainable Infrastructure and Public Sector Initiatives at the World Wildlife Fund, and Jim Hambleton of Northwestern University, discuss the paths forward to make sustainable infrastructure a priority. 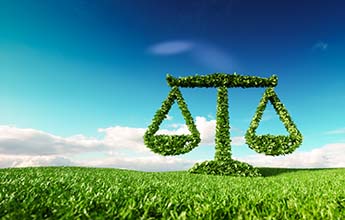 Law and the Climate Crisis 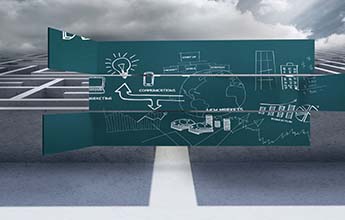 Economics and the Climate Crisis

Economic growth at expense of the environment is no longer an option. Chris Canavan, Chair of the Board of the Institute for New Economic Thinking, talks about how an outdated economic structure is endangering our planet and new approaches that could save it. 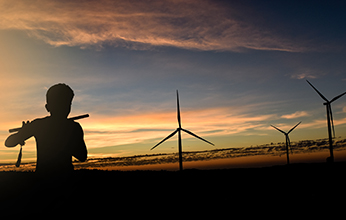 The Northwestern delegation that attended COP26, the annual UN climate change conference that took place in Glasgow, is back on campus. Of the many topics discussed at COP26, climate change and the roles and rights of Indigenous peoples was top of mind for our delegation. 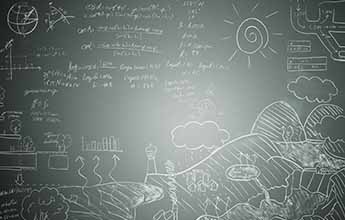 Humanistic Thinking in the Age of Big Data

Breaking down silos, trying to help people to work together across boundaries of discipline, profession and culture, is a difficult job and one that Christian Madsbjerg has spent much of his career trying to accomplish with much success.
Listen Now 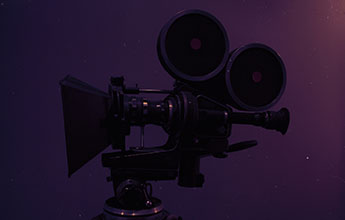 Using the power of narrative film to create empathy and motivate action in response to human rights abuses is a personal passion for Rana Kazkaz. She is an award-winning filmmaker and Assistant Professor of Communication at Northwestern University in Qatar where she teaches narrative filmmaking. 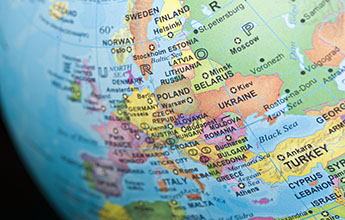 In recent weeks, Russia has assembled tens of thousands of troops on its border with Ukraine, leading to a phone call on December 7, 2021, between President Biden and Russian President Vladimir Putin about consequences should Russia attack Ukraine. On this episode of the Breaking Boundaries podcast, two former U.S. ambassadors weigh in on the historic and geopolitical dynamics behind current tensions.
LISTEN NOW 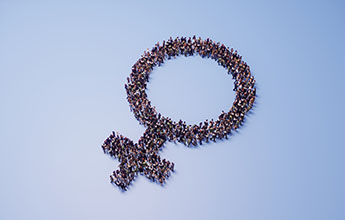 Juliet Sorensen talks about SDG #5, her career and her recent work with the Clooney Foundation for Justice to bring international attention to women in El Salvador who were convicted and imprisoned after suffering an obstetric emergency related to pregnancy. 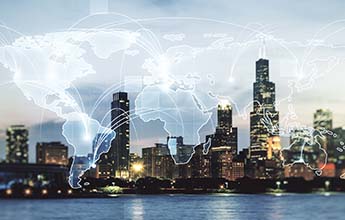 Maria Hadden brings a global point of view to her position on the Chicago City Council as the alderwoman of the 49th Ward. Since being elected in May 2019, she has pushed forward issues of local, national and international importance, such as recognizing Juneteenth as a holiday, exploring reparations to Black people and supporting a treaty outlawing nuclear weapons. 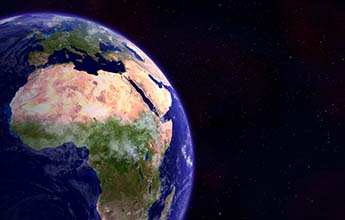 A New Focus on the Global South

Marwan M. Kraidy is a scholar of global communication, a leading authority on Arab media, and the CEO and Dean of Northwestern University in Qatar. One of his first major initiatives as Dean was the creation of the Institute for Advanced Study in the Global South. He discusses the goals of this institute and how it relates to United Nations sustainable development goal number 16, peace, justice and strong institutions.
LISTEN NOW 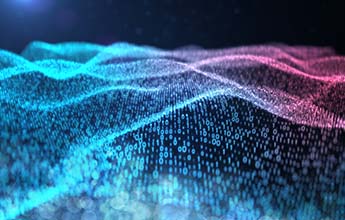 The companies behind popular digital platforms are critical players in this effort that is central to United Nations Sustainable Development Goal 16, which is peace, justice and strong institutions. Roland Cloutier is the global chief information security officer at TikTok. He has more than 30 years of experience in cybersecurity and law enforcement.
LISTEN NOW 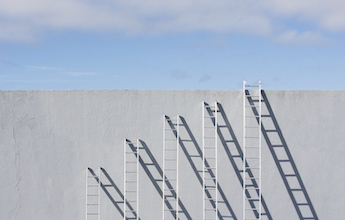 How to Help Women Succeed in the State Department

Alison E. Dilworth is a Foreign Service Officer with more than 20 years of experience, serving in countries such as Paraguay, Israel, Egypt, Poland and the United Arab Emirates.  In this episode, she talks about her career  and what needs to be done to address gender and diversity issues at the highest levels of government.
LISTEN NOW 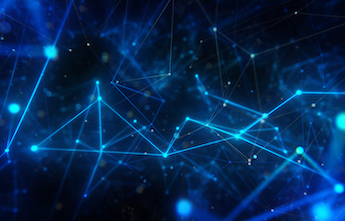 In this episode, Julio M. Ottino, Dean of the McCormick School of Engineering and Applied Sciences at Northwestern University, discusses his new book The Nexus, which is a call to “augmenting” our knowledge in the face of complex global challenges, by bringing together the insights, and the conceptual moves, of art, technology, and science.
LISTEN NOW 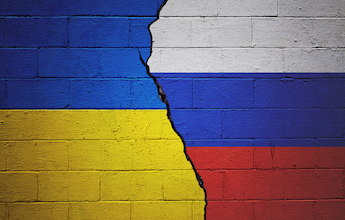 The Impact of Russia's War in Ukraine

Russia’s ongoing war in Ukraine is no longer a short-term event and its impact is going to shape global affairs for a long time to come, according to Fiona Hill, a leading expert on Russia and Vladimir Putin’s regime. In this episode, Hill shares insight on Putin’s actions, what could happen next, and how the war may impact our world for decades to come.
LISTEN NOW 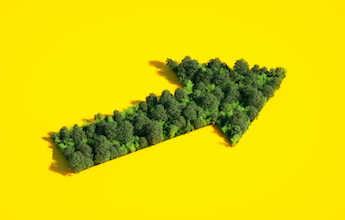 Building scientific capacity is essential to strong institutions and supporting problem-solving and innovation, especially in the Global South. Romain Murenzi, PhD,  Executive Director of The World Academy of Sciences (TWAS) joins Annelise Riles to talk about United Nations Sustainable Development Goal 16, peace, justice and strong institutions, and how TWAS is working to meet this goal. 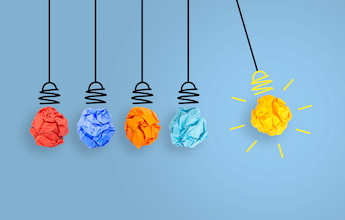 Education is a basic human right and the foundation for peace and sustainable development according to the United Nations Educational, Scientific and Cultural Organization (UNESCO). UNESCO recently released the Futures of Education report: "Reimagining our futures together: a new social contract for education." In this episode, Noah Sobe, PhD, explains what is in the report and how education must be reformed to create the futures we all want. 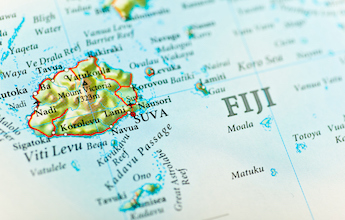 Combating climate change was at the forefront of the historic U.S.-Pacific Island Country Summit, which was recently held in Washington. It resulted in an important new declaration signed by leaders of 14 Pacific Island countries and the United States. Former U.S. ambassador Steven McGann joins Annelise Riles to talk about the summit, the human security concerns facing these countries and United Nations sustainable development goal number 13: climate action. 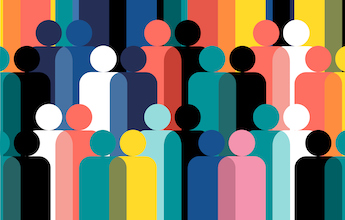 The Day of 8 Billion

Scientists estimate that the global population will cross the 8 billion mark on November 15th, 2022, ushering in a new age of potential challenges for countries across the globe. John Wilmoth, PhD, director of the United Nations Population Division, joins Annelise Riles to discuss this new milestone.
LISTEN NOW 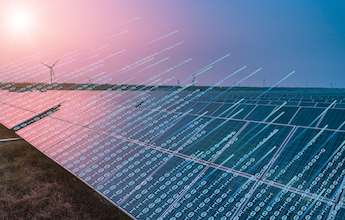 The Role of Data in Sustainable Development

Jean-Louis Sarbib has built a career working across boundaries of public and private international organizations and national governments to address this important challenge. In this episode, he shares insights into the current challenges facing the field of international development today and how open access to data and information may help solve some of these challenges.
LISTEN NOW

In this episode, Osborn Professor of Sociology at Northwestern University and Northwestern Buffett Faculty Fellow Vilna Bashi discusses her work critically examining themes related to racism and human rights through her career as an artist and sociologist.