Inspired by the longstanding Roberta Buffett Visiting Professorship of International Studies program, Northwestern Buffett is supporting faculty across the university to host virtual international visitors from around the world - global university faculty, leaders from global civil society, government or the private sector- for short virtual residencies. Learn more about the Virtual International Visitor grant recipients below: 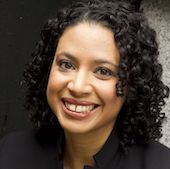 This international visitor grant was awarded to Masi Asare, an assistant professor of theatre and performance studies, in order to facilitate a virtual campus visit by Vishal Bhardwaj. 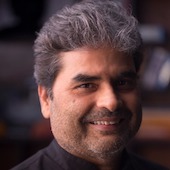 Bhardwaj is a major figure in Bollywood and the arts and culture sector in India more broadly. A film director, screenwriter and producer, his creative expertise also extends to work as a music composer and vocalist creating evocative scores for his own films as well as those of other leading artists, and for the theatre. Bhardwaj has directed 10 feature films, produced five, and composed music for more than 40. With a string of box office hits to his name, his work has achieved broad popular and commercial success as well as critical plaudits. A consummate artist-intellectual, Bhardwaj is known for adapting literary works into unexpected social and linguistic contexts, displaying a unique finesse with local dialects in his screenplays. He is the composer of the stage musical of Mira Nair’s “Monsoon Wedding,” with lyrics by Masi Asare, slated to tour India, Dubai, Singapore and London when theatres reopen.

Bhardwaj’s visit was organized in consultation with faculty across multiple academic disciplines at Northwestern. This virtual visit enabled Bhardwaj to connect with students and faculty in the departments of theatre, radio/television/film, and Asian languages and cultures in the spring of 2021. The visit included three major components: A musical theatre master class, where students performed songs from “Monsoon Wedding” composed by Bhardwaj and received direct feedback and coaching; individual virtual classroom visits with courses that engaged with topics related to South Asian arts and culture; and finally, a film screening and public Q&A, which included a panel of Northwestern faculty who responded to the film and engaged in dialogue with the filmmaker. 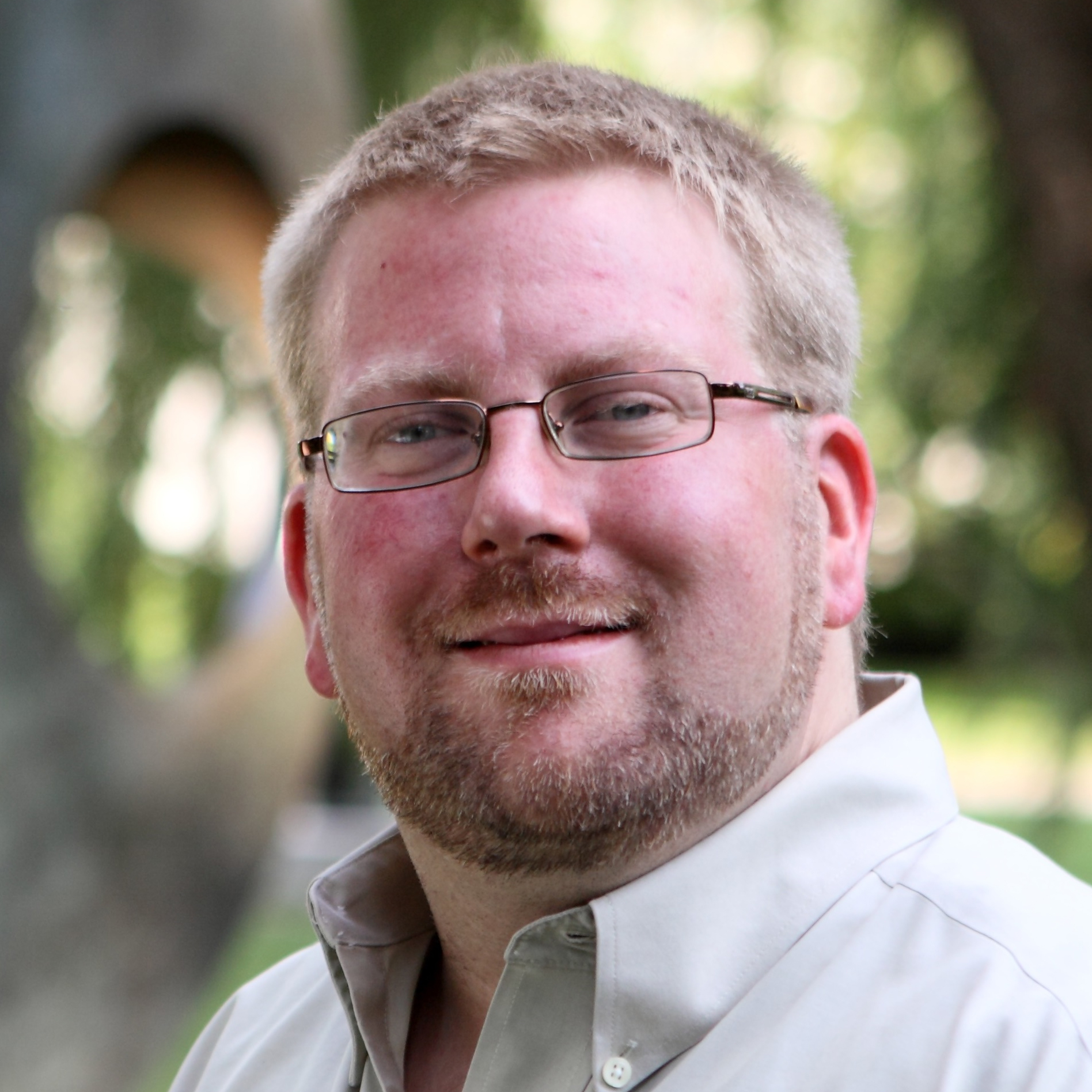 This International Visitor Grant was awarded to Drew Davies, an associate professor of musicology at Bienen, in order to support a virtual campus visit by Anne Danielsen in Spring 2021. 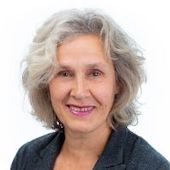 Danielsen is professor of musicology and director of the RITMO Center for Interdisciplinary Studies in Rhythm, Time and Motion at the University of Oslo, Norway. She has published widely on theoretical, aesthetic, cultural, and perceptual aspects of rhythm, groove, and technology in post-war African American popular music. She is the author of “Presence and Pleasure: The Funk Grooves of James Brown and Parliament”and “Digital Signatures: The Impact of Digitization on Popular Music Sound” and editor of “Musical Rhythm in the Age of Digital Reproduction.”

During her visit, Danielsen gave a formal presentation titled “Rhythm and Groove in Contemporary African American Popular Music” in April 2021 as part of the Music Studies Department’s Distinguished Speaker Series. Danielsen also met with musicology and music theory graduate students to discuss research methods and career paths. She also joined an undergraduate music theory class for a day as a guest speaker. 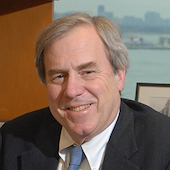 This international visitor grant was awarded to Thomas Geraghty (Class of 1967 James B. Haddad Professor of Law; Former Associate Dean for Clinical Legal Education and Director of the Bluhm Legal Clinic, Northwestern University School of Law) to facilitate a virtual campus visit by Mumbi Ngugi. 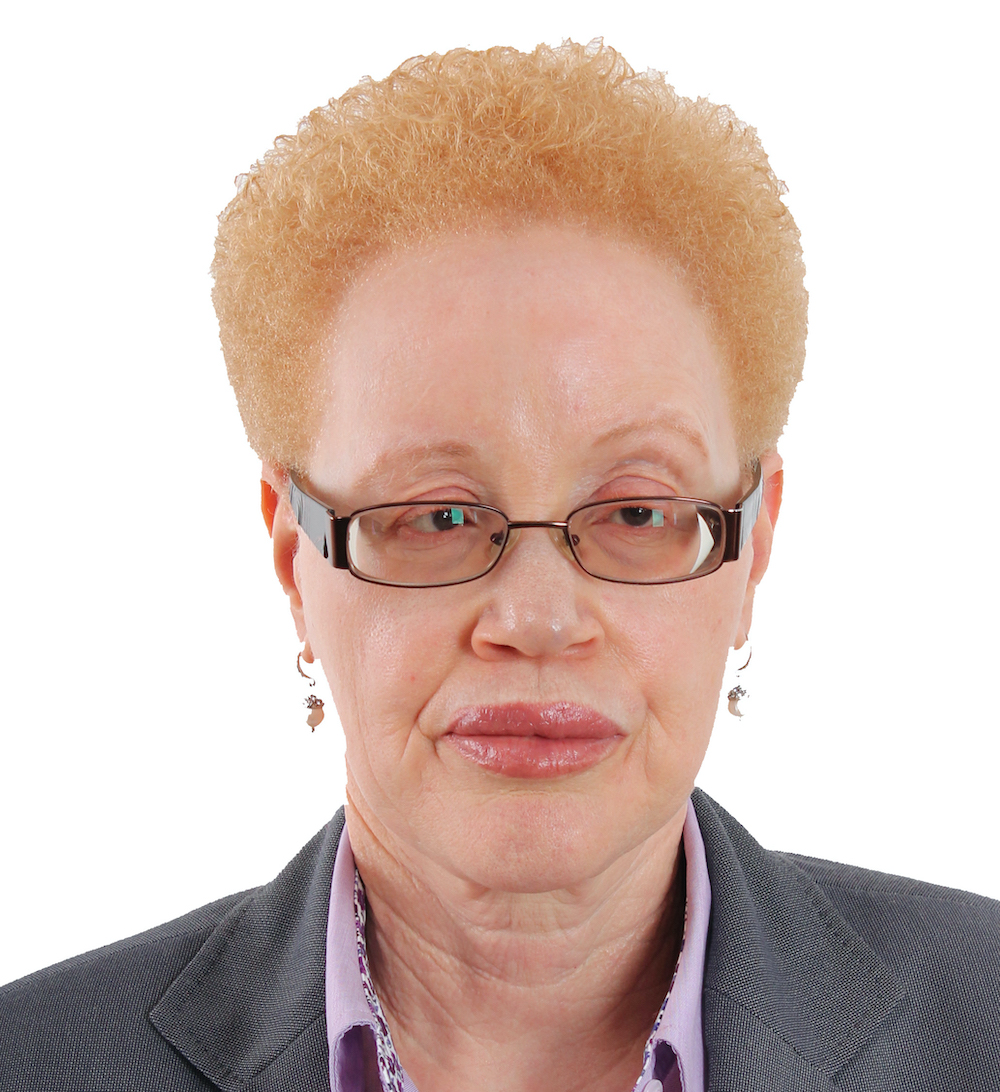 Justice Mumbi Ngugi is a judge who serves in the Anticorruption and Economic Crimes Division of the High Court of Kenya. Ngugi is a long-term advocate for the human rights of women and children, housing rights of the urban poor, and rights of persons with albinism in Kenya. For the past nine years, Ngugi has been involved in the emerging human rights jurisprudence, ensuring courts uphold the socio-economic human rights guaranteed in Kenya’s constitution. Justice Ngugi holds a Bachelor of Laws Degree (LLB) from the University of Nairobi and a Master of Laws (LLM) in Commercial and Corporate Law from the London School of Economics, University of London. Before her appointment to the Bench, Ngugi was a prolific writer and researcher on human rights, working as a columnist focused on social and legal issues for some of Kenya’s leading newspapers.  She was also engaged in private practice for civil litigation and family law and was the Presiding Judge in the High Court of Kenya at Kericho and in the Constitutional and Human Rights Division in Nairobi.

In February 2021, Justice Ngugi received the Northwestern University Pritzker School of Law’s Center for International Human Rights’ Global Jurist of the Year award. Ngugi’s visit included a webinar on February 21, 2021, which was open to all members of the Northwestern community and to the broader public. At the virtual ceremony, Judge Ann Williams (7th Cir. Ret.), interviewed Ngugi about her life-long commitment to diversity, equity and inclusion. 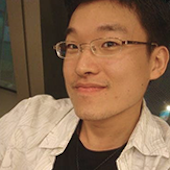 This international Visitor Grant was awarded to Wen-pin Hsieh, an assistant professor of instruction in the department of Asian languages and cultures, to facilitate a virtual campus visit by Pei-Chih Lin. 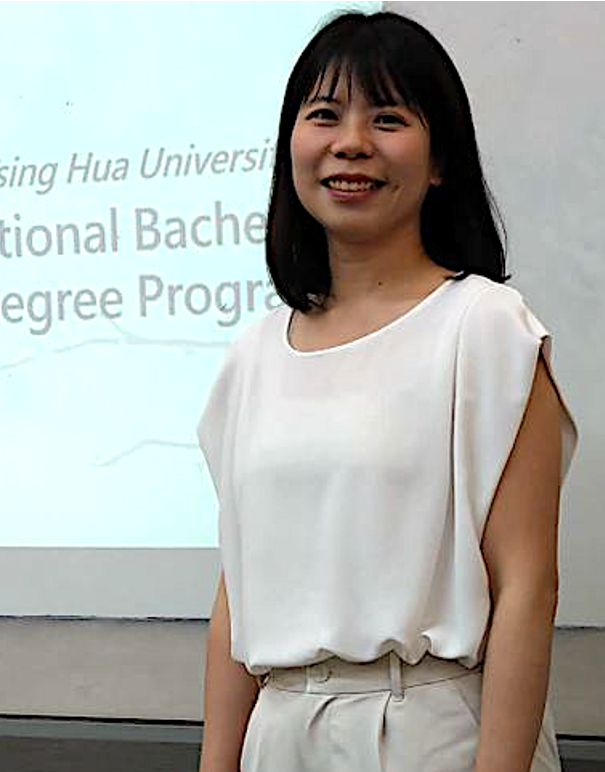 Dr. Lin is a leader in the internationalization of higher education and a researcher in communications. She has extensive international experience studying and teaching in Taiwan, the U.S. and Japan. Her research interests range from intercultural communication, interpersonal communication to university adjustment and higher education fundraising. At National Tsing-Hua University (NTHU), a top-tier STEM-focused institution, she serves as the mentor of the school’s International Bachelor’s Program and leads the Global Program (residential college). In these capacities, she teaches cross-cultural communication to international and Taiwanese undergraduates, supports them for enhanced global and local engagement, and coordinates cultural exchange and intercultural leadership programs.

Dr. Lin’s visit included two lectures on the diversity of worldviews with a focus on cross-cultural family relationships and distinctions in communication styles. One was dedicated to the Chinese language students participating in the International Classroom Partnering project of the department of Asian languages and cultures, and the other for other members within DALC. In addition, she gave a talk for the International Studies Residential College (ISRC) on the theories and practices of NTHU’s Global Program. Another event was in partnership with SESP and focused on a higher education fundraising strategy that NTHU has been employing in recent years in Asia. 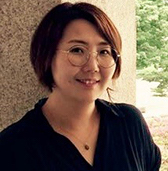 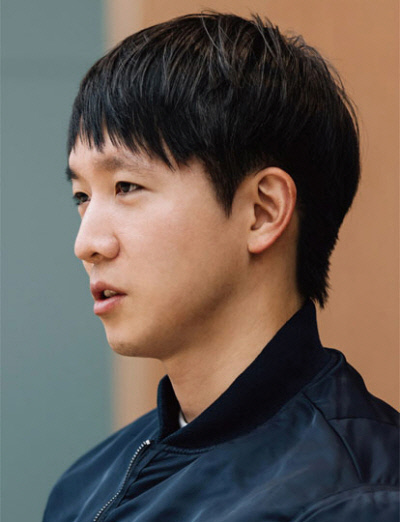 Sangwoo Kang is an independent filmmaker from South Korea. Kang’s film, Kim-Gun, also known as Mr. Kim, was one of the most important Korean films of 2019. Kim-Gun is a documentary that centers on the identity of a young man from a photograph taken during the 1980 Gwangju Democratic Uprising, which was part of a larger nationwide democratization movement in the 1980s in South Korea. Kang engaged in a vigorous search to find this young man’s identity and to resolve the ongoing controversy over the Gwangju Uprising. Focusing on politically contentious subjects, Kang’s film plays a pivotal role in the field of mnemonics and the social memories of contemporary South Korea.

Sangwoo Kang’s visit enabled him to connect with students and faculty in the Northwestern departments of Asian Languages & Cultures and Radio/Television/Film. The visit consisted of a film-screening and subsequent discussion open to all students, faculty and staff at Northwestern; and was followed by a guest lecture specifically for students studying Korean Cinema. These events explored the intersections between Kang’s work and South Korean society, as well as methodologies in documentary filmmaking. 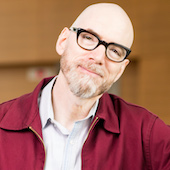 Oladipo Agboluaje is a prominent British-Nigerian playwright whose work interrogates the notions of home, identity, diaspora, nationalism and culture. Agboluaje is a recipient of the Alfred Fagon Prize in playwriting, which is awarded to the “Best New Play of the Year” by a Black British playwright and was also recently nominated for an Olivier Award for his play, Iya-lle (The First Wife). Last year, Agboluaje was a writer in residence at The National Theater and is currently a Royal Literary Fellow at The University of East London. His plays have been produced at some of the most prestigious theaters in England, including Soho Theatre, Arcola Theatre, Oval House Theatre, Unicorn Theatre, West Yorkshire Playhouse, and South Street Art Center. He received his B.A. from the University of Benin, his M.A. in Literature from Metropolitan University in London, and his PhD from The Open University. 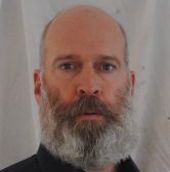 Two international visitor grants were awarded to William West, a professor of English and comparative literary studies, in order to facilitate virtual campus visits by Elizabeth Rodini and Sophie Lemercier-Goddard. 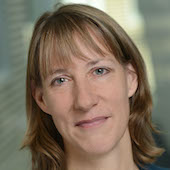 Rodini is Andrew Heiskell Director of Arts at the American Academy in Rome. Before assuming her position in Rome, she taught at Johns Hopkins University, where she founded the program in museums and society, as well as other universities.  Her work joins scholarship in the history of art, curatorial practice and museology. Her current research interests center on narratives of material heritage: the objects we protect and preserve, the stories we tell about them and the way those stories get shared.

In December 2020, Elizabeth Rodini presented “There and Back Again: Tracking Gentile Bellin’s Portrait of Sultan Mehmed II.” This presentation explored the complex, multiply entangled journey of this renowned Renaissance picture, raising a number of historiographical challenges and opportunities. Moving from 1480 to the present, Rodini followed the portrait across time and space, paying particular attention to matters of uncertainty, absence and loss.

Rodini also gave a second presentation titled “Itinerant Objects: Early Modern Mobility and the Spaces In Between.” Centering on objects that moved into and through Venice in the early modern period, this workshop examined the ways we think and talk about mobility, historically and in the present. Rodini proposed both mobility and distance as vectors of meaning, and invited conversation about how to explore the resulting questions in practices of research, writing and museum display. 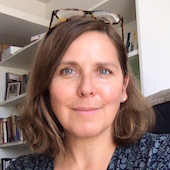 Sophie Lemercier-Goddard is Maîtresse des Conférences (associate professor) at the École Normale Supérieure de Lyon, specializing in early modern European literature and the literatures of Britain. Much of her research is on travel writing from the early modern period, as Europeans encountered not only unfamiliar peoples, but unfamiliar landscapes like the arctic. Her work thus combines studies of cultural contact with environmental studies, tracing how European travelers and explorers responded to the particular intersections of person and place that emerged in these zones of contact.

Dr. Lemercier-Goddard presented some of her work in a virtual public lecture on early modern climate and travel, discussing the challenges Europeans faced in translating a novel environment from local sources and to each other. She also focused on the layers of contacts that went into developing descriptions of weather, food and environment both for readers who might experience them vicariously at home, and those who might expect to meet them themselves.