Learn about our Graduate Fellowships and Assistantships here.

Magda Boutros examines police brutality and racial profiling in France and the conversations that are developing around policing and race. Her previous research focused on anti-harassment activists during the 2011 Arab Spring revolution in Egypt, where she worked as a human rights researcher prior to coming to Northwestern. 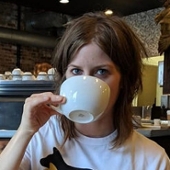 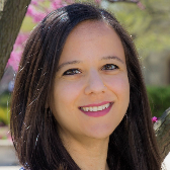 Rana Khoury studies comparative politics with a focus on civil war and refugee politics in the Middle East. Using evidence from immersion, interviews, and original datasets, her dissertation seeks to explain the relationship between aid and activism across the Syrian warscape. She is the author of As Ohio Goes: Life in the Post-Recession Nation (Kent State University Press, 2017). 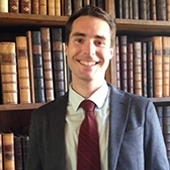 Current Research: Representations of gender, nation, and history on television with an emphasis on socialist and post-socialist television cultures and industries

Jelena Jelušić is working on developing archival research in the six countries that formerly made up Yugoslavia. Previously, she has presented her work at the Society for Cinema and Media Studies, Film & History, and Midwest Pop Culture Association Conference. 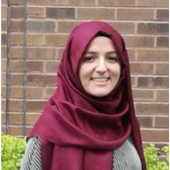 Current Research: Everyday life of Islamic banking and finance in the Middle East, with attention to the participation-banking industry in Turkey

Şeyma Kabaoğlu’s research analyzes financial institutions in Istanbul, Turkey in order to discern how multiple legal systems interact to create the system that Islamic financial institutions operate under. This includes analysis of how the banks deal with international regulations, national banking laws, and fatwas.