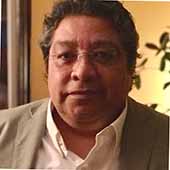 Reynaldo A. Morales is an Assistant Professor at Northwestern University with a joint faculty appointment at the Medill School of Journalism and Media and the Buffett Institute for Global Affairs. Reynaldo holds a joint PhD on Environment and Resources (Environmental Studies) and Curriculum and Instruction (Education) with the University of Wisconsin-Madison and has been a member of the International Union for Conservation of Nature (IUCN)-Commissions on Ecosystem Management (CEM), Environmental, Economic and Social Policy (CEESP), Species Survival Commission, and Seed Conservation Specialist Group since 2018. He is also an international fellow of the Forum for Law, Development Environment, and Governance (FLEDGE) based in India. His research is about shifts in science education and research related to the restoration of Indigenous Knowledge Systems and biodiversity governance. He has conducted international research in South and North America, South Asia and Southeast Africa since 2017, being distinguished by prestigious national and international fellowships, particularly in science education. He facilitated the seminar "Global Indigeneity and Sustainability" with UW-Madison in 2016-17, becoming involved with the UN Permanent Forum on Indigenous Issues, the Convention of Biological Resources, and UNEP serving in diverse commissions. 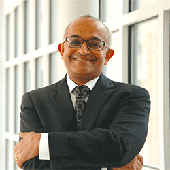 V.S. Subrahmanian joined the Northwestern Engineering faculty on September 1, 2021 as Walter P. Murphy Professor of Computer Science. Prior, Subrahmanian was Distinguished Professor in Cybersecurity, Technology, and Society at Dartmouth College and director of the Institute for Security, Technology and Society at Dartmouth. Prior to joining Dartmouth, he served as tenured professor in the computer science department at the University of Maryland and as director of the University of Maryland Institute for Advanced Computer Studies.

Subrahmanian is a world leader in artificial intelligence, cybersecurity, predictive modeling, probabilistic inference and machine learning, social media, and counterterrorism. He has been an invited speaker at the United Nations, Capitol Hill, and the Mumbai Stock Exchange, has authored numerous publications, and his work has been featured in major publications including The Economist, Scientific American, The Wall Street Journal, and Nature. 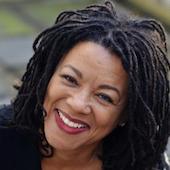 Vilna Bashi Treitler is the Osborn Professor of Sociology at Northwestern University. She is a sociologist and visual artist. Her scholarship theorizes about international migration, race and ethnicity and the dynamics of hierarchical socioeconomic structures both domestically and internationally. She has published several articles and books, including The Ethnic Project: Transforming Racial Fictions into Ethnic Factions (Stanford, 2013), a comparative historical analysis of US ethnic groups’ racialization named to the Zora Canon, the top 100 books ever written by an African American woman. She is the 2020 recipient of the American Sociological Association’s Cox-Johnson-Frazier Award for scholarship in service to social justice. Bashi Treitler is currently at work on a memoir entitled Schooled, about her experiences with public school and higher education, and a related self-portrait series. 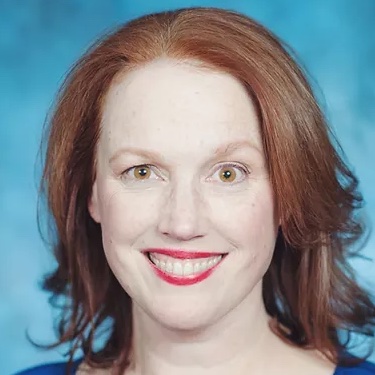 Farley Center for Entrepreneurship and Innovation

Professor Heather Aranyi is on faculty at Northwestern University’s Farley Center for Entrepreneurship and Innovation. She has created a unique construct and methodology for helping entrepreneurs to distinguish themselves and maintain a prosperous career. She works with students from the foundational course, Principles of Entrepreneurship to the Capstone course, Launching Your Brand. Her classes are consistently reviewed as among the best classes on campus. In her private practice, Professor Aranyi works with corporations and individuals on how to maximize their potential and fulfill their vision.

Aranyi is also a renowned conductor, soloist and performance and voice expert. Named by the Chicago Tribune as “one of the most sought after singers and conductors in Chicago,'' she is on staff and has performed throughout Chicago, Europe, The Lincoln Center and Carnegie Hall. 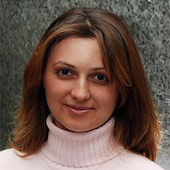 Contact: b-reed@northwestern.edu
Baron Reed is a professor of philosophy who specializes in epistemology and has research and teaching interests in both ancient and early modern philosophy as well as metaphysics. His recent research focuses on skepticism, the relevance of practical interests to knowledge, epistemic norms, epistemic agency, and epistemic psychology.  Baron is also the Director of the Northwestern Society of Fellows, which will be in full operation in Fall 2020, and a Special Assistant to the Provost. 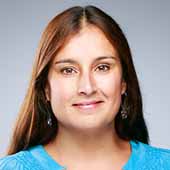 Rana Kazkaz, an award-winning filmmaker, is an assistant professor of communication in residence at Northwestern Qatar where she teaches narrative filmmaking. Kazkaz’s films have been recognized at the world’s leading film festivals including Cannes, Sundance, and Toronto. With a focus on Syrian stories, her producing, screenwriting, and directing portfolio includes Mare Nostrum (2016) which has been selected in over 100 international film festivals and won more than 40 awards, Searching for the Translator, a documentary (2016), Deaf Day (2011) and Kemo Sabe (2007). Her first feature film The Translator (2020) won several grants and development awards including the Arte Award at L’Atelier de la Cinefondation at the Cannes Film Festival (2017), the CNC Award at Meetings on the Bridge at the Istanbul Film Festival (2017) and a Tribeca Alumni Grant (2018). The Translator has been selected in numerous international festivals and will be distributed internationally in late 2021. Her current film projects include Honest Politics and The Foolishness of God: My Forgiveness Journey with Desmond Tutu. She is a member of the Académie des César.